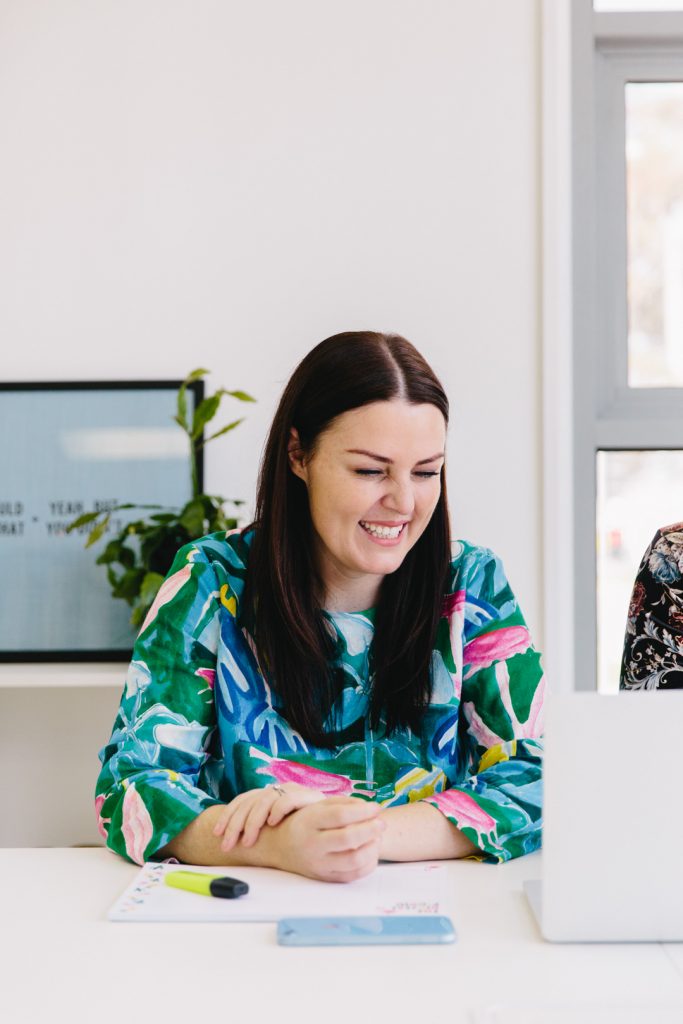 So? I posted to our Instagram account on the weekend [ we received an incredible response to the post, btw!] about the profit-first approach TDP uses with its finances, and I’m just so glad I could inspire so many of you who didn’t know about it.

In that post? I mentioned that the profit-first approach is what we implemented here off the back of my receiving access to TDP’s finances for the first time as I stepped into sole Director’hood last year > realising we had 4k left in the bank, with a 20k pay run to run in 1.5 weeks > also realising we had a 60k BAS debt, which I’m proud to say has since been completely cleared [and we now stockpile money away in preparation for BAS every quarter].

And everyone *raved* about the profit first story, but they also wanted to hear more about the 4k-left-in-the-bank story, and so I’ve put my big girl pants on / swallowed a big ol’ glass of vulnerability / backed myself h.ard, because I’ve decided authenticity is where it’s at for our business, i.e our people want to hear the true [seriously really true] stories about business ownership and so we’ve decided we’re going to be the people consistently contributing to truth.

So, gather around kids, and listen to the story about that one time when upon gaining access to my business’ financials for the first time … realised we had 4k in our account [entirely], with a 20k pay run to run in 1.5 weeks.

Quick [very obvious] spoiler alert? Please just never don’t be across your business’ financials, like me back then [that came down to a lack of confidence on my end, and it’s a mistake I paid for for almost x12 months afterwards]. I was an idiot, and I’ve very much learned my lesson from that situation alone, i.e I’m not in our accounts every single day / receive a weekly report / have an accounts person putting together monthly reports / have forecasting months [and years] in advance, and – as always – invest in our financial person / business advisor to ensure we’re always on the right track [or if not, we’re doing the things we need to do to get us back on the right track].

Now, back to having 4k left with 16k more needed to make our pay run in 1.5 weeks? What did I do? Well, I hyperventilated. I cried at my desk. I considered giving up [Jesus. SO.MANY.TIMES]. I upskilled, and became *seriously* financially literate. I acknowledged that I had played the biggest role in us being down to our last 4k, i.e I had checked.the.f*ck.out.of.this.business at that point in time, and I just stopped innovating, and I stopped creating, and I stopped working, and I definitely stopped working HARD.

To be honest? It was this acknowledgement alone that made me realise, wow, I actually have such a big impact on this business and its success [despite being made to feel like that very-much-so wasn’t the case for such an incredibly long period of time], and so being able to look at a spreadsheet and subsequently pinpoint the exact moment that you “gave up”, and then be able to tangibly see everything decline from that point onwards? It was bittersweet, i.e sad to see that this was the impact, but also motivating … because it was at that exact point that I realised this starts and ends with me.
And so then? I did what I do best, and I innovated. And I created. And I planned, and I vision board’ed, and I mapped out goals, and I mapped out KPI’s [realistic ones, and pie-in-the-sky ones]. And it was doing all of this that made me fall in love with my business again [becoming sole Director of this business was also hugely motivating too, i.e I could finally exclusively benefit from my hard work]. I felt inspired. I felt motivated. I worked really long hours, and I was hustle-shamed *multiple* times [on Instagram], and it didn’t rattle me because they weren’t looking at the spreadsheet I was looking at and realising we were one Director’s poor work ethic away from this business folding entirely.

The first thing that I did? … halved my salary. I made it literally just enough to cover childcare, so that I could continue feasibly showing up to work and giving this thing a red hot go.

Then? We launched a new product [off the back of that aforementioned innovation], and it made us thirteen thousand dollars in 24 hours, which coupled with a few of our retainers / workshop sales … was actually the sole reason we covered that 20k pay run the next week.

A relief? Absolutely. But f*ck me … I had some work to do to turn this whole thing around, and hard work is essentially what helped us not only survive during this period, but thrive.

And the craziest part? … I don’t have a business credit card. Everything I do? Is based off money we actually have in the bank, and can afford to spend.

I’m sharing this story, because on the night that I heave-cried at my desk upon realising I’d allowed this to just about fold, was the same night I became the smartest, most stubborn operator, and I’m actually almost glad it all happened.

I’m a better [smarter] business operator for it, and if you’re at a similar rock bottom like I was? I’m an Instagram DM away, alright? You just slide awn in any time.