I started this year around 90-something kilos [this was already not ideal for me, and it wasn’t about appearances, but I genuinely felt so unhealthy at 90-something kg’s]. By mid-year? I was 100.1 kilograms, and I was barely able to walk up stairs without feeling so legitimately puffed out, I was asthmatic, I was type 2 diabetic [recently diagnosed], I was … feeling like I was drowning in my own overweight’ness [not a word, but let’s roll with this for the purposes of this non-scholarly blog post].

We’d have branded photo shoots, and photos would roll into Dropbox, and I’d look at me without recognising it was me and think, “who is this person?!” … but it was me.  I can’t describe the disappointment of that realisation, every time it was realised, and by July this year? This was many, many times.

I knew I was overweight, but the thing is, when you’re putting make-up on for work in the morning, you hold your face up to apply the foundation correctly etc. and I guess for me, I probably didn’t realise that I was rapidly clocking up x4 chins.  I’d never know it when I was putting make-up on in the mornings, but I’d see it when we got photos back from our photographer etc. [and it was these moments I used to think, I actually don’t know how to turn this around].

The craziest part? … I was 69kg’s when TDP began just x5 years ago, and so in this blog post, I want to break down some of the key reasons I now know entrepreneurship has [dramatically] impacted my weight, and then I’ll finish off by letting you know what I did to overcome it all [let’s be real, that’s likely another blog post within itself].

Reason #1 – The startup years will f*ck you, if you let them.  And I did. Jesus. Pumped with adrenalin, I went into TDP’s first year with a rose-coloured-glasses-approach to how I felt I was going to tackle that first year of all work / zilch pay, and it was with 80-90 hour working weeks.  Spoiler alert? All o’ that adrenalin, minimal sleep, poor nutritional choices [because of a lack of time, and money], reaching for sugar at 10pm because you are so tired but just-need-to-finish-that-somethin’-somethin’, well it uh … doesn’t end well.

In that first year? I’m pretty sure I went from 69kg’s to 79kg’s, which sounds like a lot, but for me being as tall as I am? It was barely noticeable, and a super slow way to gain weight without really realising it. 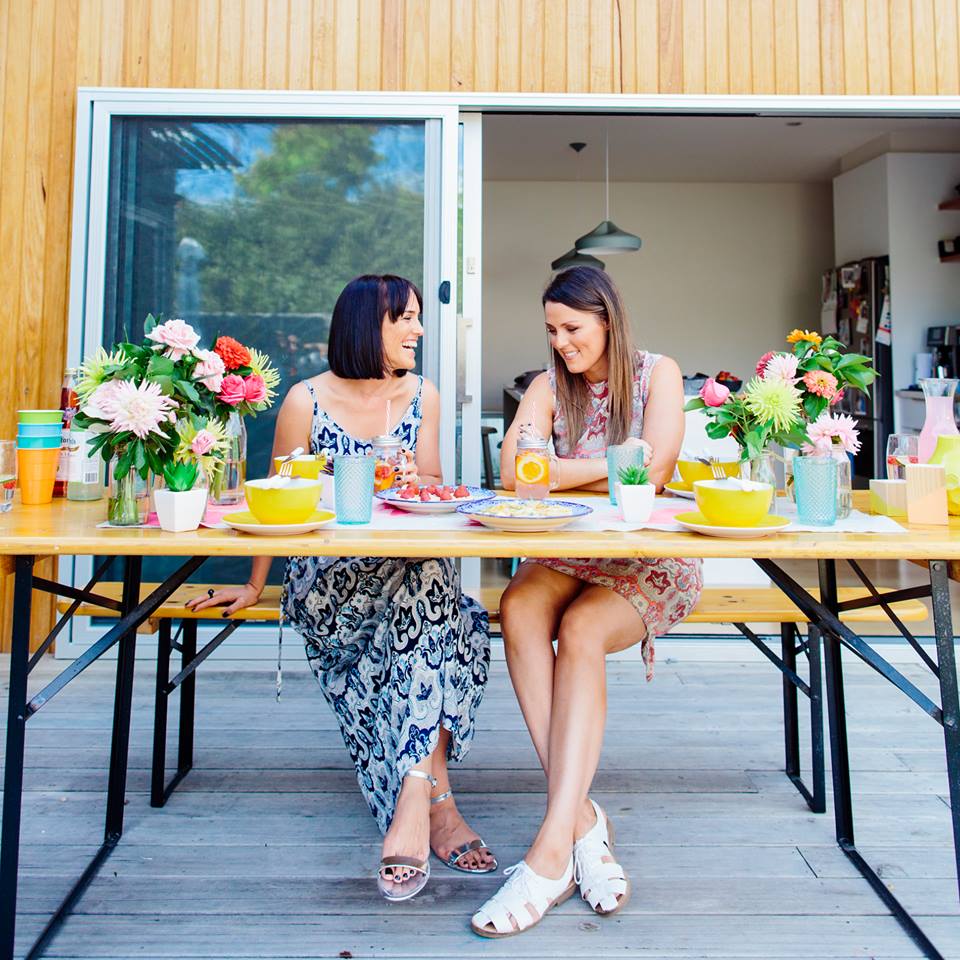 Reason #2 – Cortisol.  Tying back into the startup year f*cking me? Let’s talk about cortisol, because by the end of year 1, I was pumped with stress-induced cortisol.  You can eat a fairly healthy diet, and exercise fairly regularly, but if your body is literally coursing with cortisol, I wish you all the luck in the world losing weight.

Spoiler alert? It’s almost physically impossible, and my cortisol levels were just climbing by this point.  I was – at this point – trying to improve my diet, and I signed up for a rigorous personal training schedule, but nothing was shifting and deep down? … I knew it was cortisol [even my personal trainer said, you’ll need to address your stress levels if you want to move the needle on your weight loss story, and she was right].

Reason #3 – Second year sadness.  Like, epic sadness. By this point? I was so genuinely alone in this business.  I was coming up against some pretty aggressive [and also really sneaky] bullying [the type of bullying that has you questioning yourself, and your sanity, and looking to others as if to say … “did you just see that?!”].  I actually can’t put into words how desperately unhappy I was.  If anyone asked something as simple as “how are you?”, I’d legitimately have to blink away tears.

That second year in business? … it was like being in a prison, but like … gaffer-taped, because I couldn’t say a GD-thing.

So what did I do instead? I turned to food.  Fully fledged comfort eating. And I’ll spoiler alert again for you all, but what began as comfort eating, spiralled into legitimate binge eating [I’m talking … hiding-food-in-your-bedroom-away-from-your-husband kinda binge eating].

It took about a year to progress from comfort eating, to binge eating, but Jesus … once you’re in binge-town? You genuinely think you’re on the verge of Elvis-Presley’ing yourself, lemme tell you.

Number 4? Pretty much an accumulation of business ownership, and reasons 1-3, tbh.

Guys? I look around and I see this story unfolding everywhere.  I literally see it with my own eyes. I watch business owners on IG stories talking about working a late one, and ordering in Uber Eats and I think, “yep, that was me too”.  I hear business owners in IG stories talking about the same things I experienced, i.e “man, I just cannot keep this creeping weight off”, and I know they’re at the start of it all like I was where it feels slow and creepy at the start … and then you’re x4 years in > looking at photos that have landed into Dropbox > genuinely unable to recognise that this is actually you.

Slow down.  Respect your body.  Respect your adrenals.  Put yourself to bed early as much as possible [sleep is so good for weight control!].  Don’t overextend yourself. Don’t say yes, when you know you should be saying no.  If something or someone is making you sad? Don’t turn to comfort food, turn to a really good counsellor [believe me, you can spiral from comfort eating to binge eating fast, or at least … that was my experience].  I remember tucking into donuts thinking, “showed them!” [in reference to my bully], but Jesus … I wasn’t showing anyone anything.

The legitimate key? Smaller [healthier] portions.  A well-rested business owner. Adrenals in check.  And for me? The kind of exercise I’ll be returning to will be something that supports my ab.so.lute adrenal burnout, before I hit the gruelling “drop and give me 20” kinda stuff, tbh.

First I recover from adrenal fatigue … then I drop and give someone 20, ha! 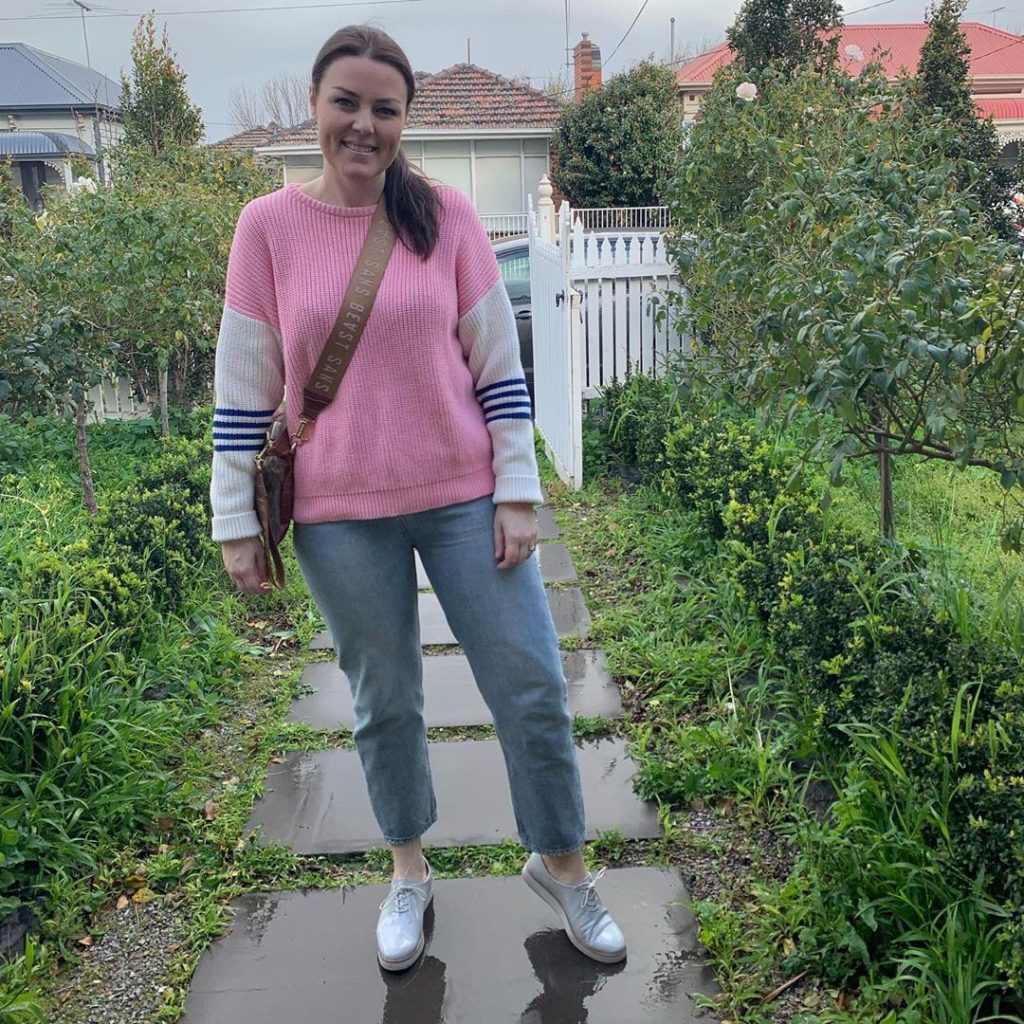 Me today. Diabetes-free.  Happier.  Healthier.  75kg’s, and probably 6kg’s off my goal weight.

I’ll post next week re: how I dealt with recognising my weight gain, and what I did to turn it all around, but p.s? I’m still not “there” yet, however I am also happily far away from 100.1kg’s, and it’s somewhere I never want to be again.

Not because of the number on the scale, honestly … but because of how it made me feel [which was sh*t!].