The benefits of working for an autistic-founded business. 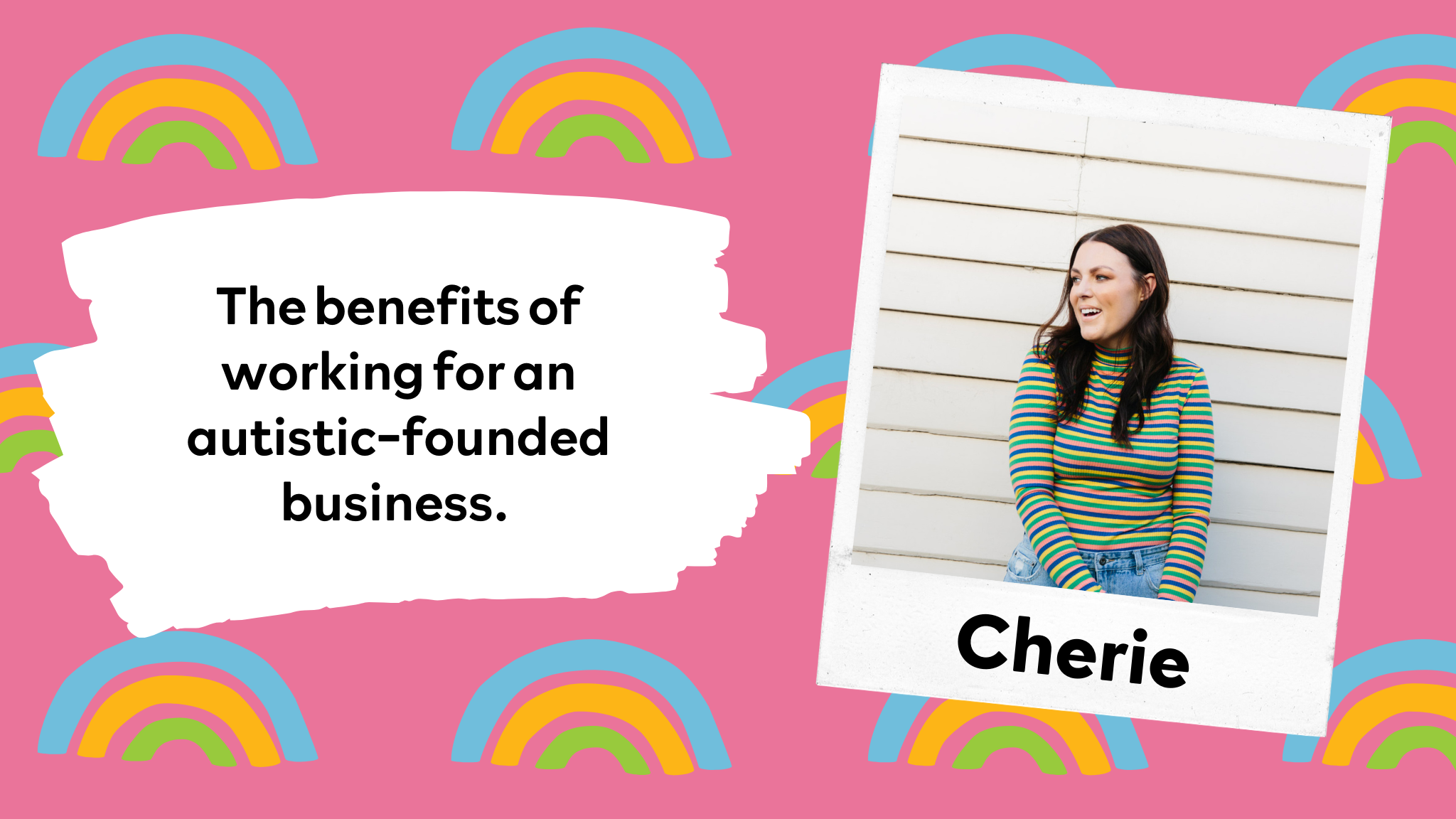 Whenever I write a new blog post for TDP? … I like to do a little bit o’ research first, and when I was researching this particular piece? Well, it was depressing. #lol.

I threw things into Google like, “the benefits of having an Autistic manager” and I was met with countless blog posts written by neurotypicals on the “benefits of hiring Autistic employees” and what followed was, “you can get them in your kitchen washing dishes, because they love the repetition of basic repetitive tasks like washing dishes”.

I scrolled further and I found an article titled “how to fire your Autistic employee”, and I was like, ok, research complete … and spoiler alert? I didn’t [at all] find a single article[s] on the benefits of working for an Autistic Founder, nor did I find anything that inspired me to talk about the benefits of working for an Autistic-founded business.

So maybe I can be that first thing people find when they search the interwebs, and want something beyond being told that Autistic folx love the repetitiveness of washing dishes. #JoySUS. 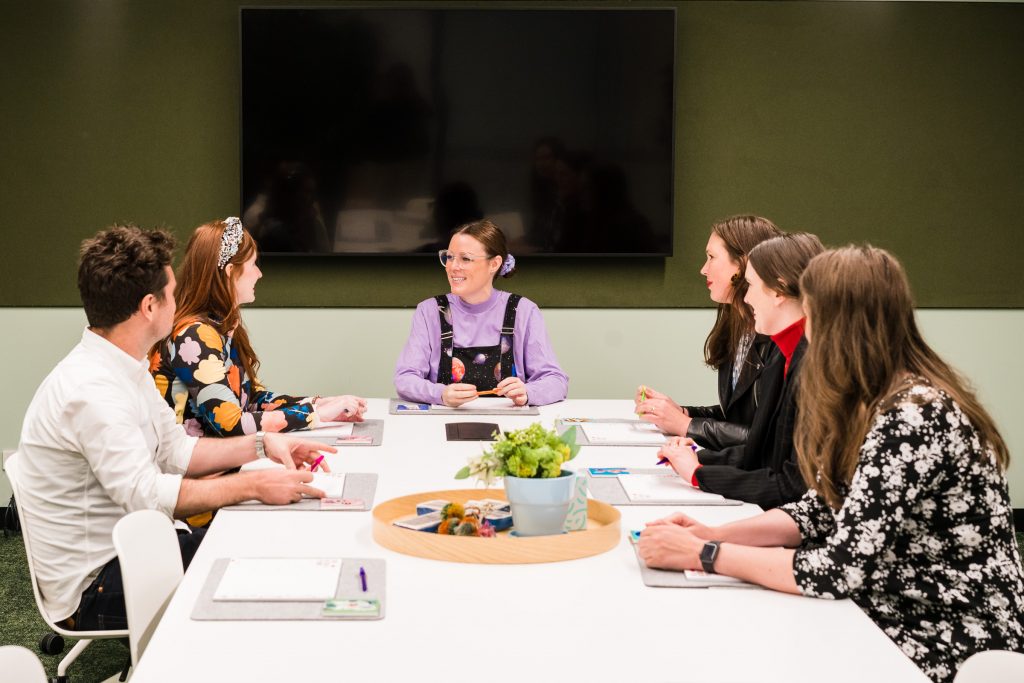 First and foremost? L’Autistes are high in empathy.

Or “double empathy”, as it’s now referred to … and new research has shown that the reason neurotypical folk think Autistic folk lack empathy, is because of this double empathy problem [i.e our neurotypes and experiences are not often understood by neurotypical folk.  Empathy – and how we express that – included].

If you ever have time to read the work of the most incredible Autistic scholar, Dawn Prince-Hughes she writes the most poignant example of her own Autistic empathy as being that “my world is a place where people are too beautiful and too terrible to look at, where their mouths speak words that sometimes fall silent on my ears, while their hearts break audibly”.

I don’t think anything has ever more accurately [nor beautifully] described the way I experience empathy as an Actually Autistic adult, and so I can honestly say that the benefit of working alongside an Autistic “manager” like me is that the empathy is, like, double the dose … and the ripple effects are felt from senior leadership, right through to the contractors who clean our offices.

… which brings me [beautifully] to the next point: we like our egos non-existent, and our hierarchies flat.

There’s one emotion I have never [in my entire life] been able to relate to, and that’s jealousy.

I met my now-husband when I was 18 or 19, and we were at a nightclub once [back when nightclubs were still a thing. #lol].  There was this girl who could obviously see we were a couple, but who asked me to hold her handbag for her while I was sitting down [and separate from Dave].  She then walked up to Dave and began dancing and flirting with him, and I just watched [lol] kinda in … awe.

Because I didn’t feel jealous, and – if anything – I was more so just fascinated with the overtness of her.

In the workplace setting? I lead without ego [actually ego is a huge – and immediate – turnoff for me], and so I subsequently crave building workplaces without ego, and a pretty flat hierarchy.

When I’m interviewing prospective candidates to join our workplace, I can sniff out an ego like a GD bloodhound [lol!], and I’m just like “there’s the door”.

I don’t say that, but I think it, and I don’t progress an ego beyond a first interview.

… which brings me beautifully – again – to my next point: we can do what most people can’t, which is to delegate.

Because we don’t gots that ego, ha! No “control freaks” here in Autie-land.  Minimal “corporate psychopaths”, too.  We’re just all over here, stimmin’ hard over the things we’re good at [and love to do], and delegating the rest.

For me? I have some bluddy frustrating executive functioning challenges, which have meant that – from the outset – I wanted to build a workplace that advances everyone who works here [both personally, and professionally] because they’re not working for a Founder who can’t let things go.

Mate, I’m like Elsa: “let it go, let it goooooooooo”, because when I do? I let the people I’ve hired to do the work do the work, so that I can concentrate on what I do best … the visionary stuff, and the stuff that really ties into my special interests.

Btw … did I mention that one of my Autistic special interests is people and culture?

Imagine working for an Autistic Founder whose special interest is … you. #lol

I’m obsessed with my people, and my leadership style is one that isn’t a majority and is instead a minority: servant leadership.

I live to serve my people.  With zilch ego, as well as that aforementioned flat hierarchy approach.  Yep.  Classism ain’t welcome in TDP-land, and there aren’t many roles at TDP that I haven’t rolled up my sleeves and worked myself [minus a coupl’a specialist roles where I’d genuinely f*ck things up if I tried my hand at those specialist things, ha!].

Autistic folk can develop intense special interests, and my [current] special interests are: People.  Culture.  Leadership.  Organisational leadership.  And because of this? I read eleventy billion books on how to better serve my people, and I listen to eleventy billion podcasts on anything [and everything] to do with leadership.  And then I also engage in leadership consultants on an ongoing basis, to honour that lifelong commitment I’ve made to myself to do better by knowing better as TDP’s org. Leader.

Pretty-bluddy-awesome when your Autie Manager has an intense special interest, and #ityou.

So that’s me.  In a nutshell.  And what I lack in loving “basic, repetitive tasks like washing dishes”, I make up for in highly empathic, people-over-profit, servant leadership approaches to organisational leadership.

And I have my Autie brain to thank for that.