How TDP supports our team beyond the workplace

This blog was recently assigned to me and appeared in my Asana [a project management system we use in TDP-land], and I remember looking at the title and thinking to myself, “Christ, do we even do anything beyond the workplace?”, ha!

Additionally there are weeks [particularly in pandemi-times] where I think to myself, “I don’t even know that we do enough within the workplace, let alone outside of it”.

But that’s likely just my perfectionism talking, and the subsequent [incredibly high] expectations I hold for myself [and hold myself to].

When I got really real with myself [and dropped the humility, and the servitude], I landed on knowing there are a lot of things we do to support our employees beyond the workplace … but I’d like to discuss the x3 things that immediately sprung to mind.

We don’t own you 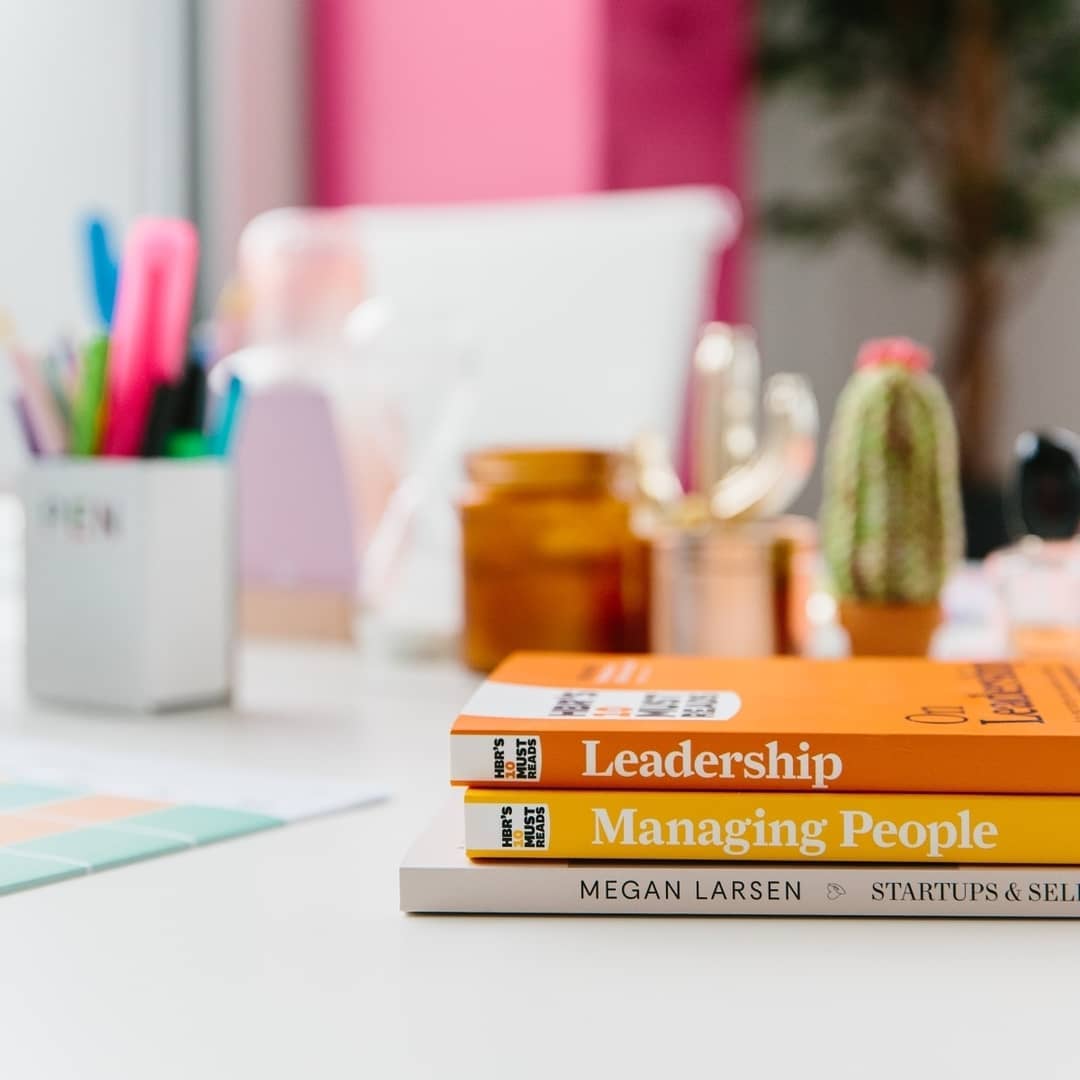 One of the most toxic things I’ve seen in some workplaces [particularly within our industry: digital marketing] are the workplaces who treat their employees as if they’re “owned” by that agency.

It’s as if you sign a contract, and then proceed to have your ass stamped as if you’re cattle … and it’s horrifying.

I remember when I was just beginning to employ a team [and I had zilch experience with this, so I was really naive … and it showed. #lol]. We advertised a full-time strategy role available and someone we knew applied for the role, but they were working for some we knew [and we had some degree of business relationship with this person] so my Autistic profile kicked in [honest, and very loyal] and I told this candidate “I don’t think I’d be able to interview you unless you spoke to your employer first, just because there’s a degree of business friendship between us and them”.

They also phoned me, and I said that I’d only proceed to interview this person if I had their verbal blessing [again, the naivety of me.  What an idiot I am needing permission like this?! Ha!].  That person gave their blessing > we interviewed the candidate > they were fantastic > we offered them the role.

That business “friendship” contacted me and advised me that the friendship was over, and I was rendered speechless.

I still think about that situation from time to time, and I’ve promised myself that I’ll never treat my employees as if I “own” them: because I don’t.  I have the honour and the privilege of holding a space for their career[s], and – hopefully – their career advancement[s] for as long as they choose to work with us.

But I don’t own them.

I think this is what I love most about us, tbh.

A while ago now, our Community and Content Manager [Dani] finished up a full-time position with us to take on a Strategy role elsewhere … and we’re still in touch.  We cheer her on.  We see her go from strength to strength in her career.  We answer questions she flicks to us in DM’s to help her continue to advance in her role elsewhere.  And when she was looking for upskilling support? We gave her free access to as much of our eLearning as possible [she snuck in for some extra on a paid basis, because she insisted. #BlessHer].

Now? She’s leapt into freelance world … and guess who’s flickin’ her all the referrals they possibly can? #itme [well, us].

Fast forward to this year, and another Dani that we employed [I promise this isn’t just a “strictly Dani” thing, lol!] went for a role elsewhere, and I sat with her prior and helped her update her resume > write the cover letter > update her LinkedIn profile so that it was optimised should that interviewer be scoping it out pre-interview [I can guarantee they are!], and then? When she landed the interview, I prepped her prior for typical interview questions etc.

She got the job: I reckon I cheered more than she did, because I recognised it was an opportunity that was going to fast-track her career in a way that we couldn’t at the time [i.e global company within their marketing dept. with solid mentoring available].

It doesn’t always go like this.  Some people leave, and we don’t hear from them again.  And that’s more than ok.  We’ll be in your forever corner, but only if you want that [we’re good at “reading the room” like that].  Some folx wrap up a TDP position here and we don’t hear from them again, and I respect that: completely.  TBH? I was really similar back when I was an employee, i.e “thanks for everything, but I’m off to go ‘all in’ elsewhere … and that elsewhere position requires my full concentration”.

It’s like a “thanks for everything, but you’ve played your role” kinda thing.  And for me personally? … it’s definitely an Autie thing, ha! 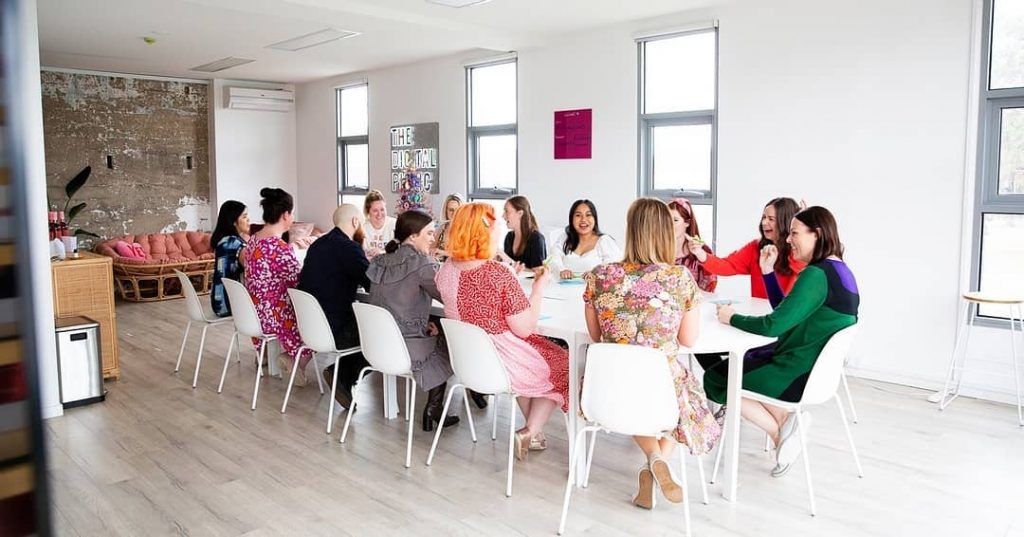 Some of my proudest moments have been seeing the many many TDP moments where TDP’ers are able to stand up within a humanistic and encouraging workplace, that’s psychologically safe, and that really [genuinely] celebrates each whole person and through that celebration? Invites people to bring their whole selves to work.

Because of that? We’ve had employees be able to say to their team members, “I have depression and anxiety > this is how it presents > this is what you can do to support me professionally”.

Because of that? We’ve had employees not only comfortable to take mental health leave, but openly let their team know via Slack, “hi everyone.  Tomorrow I’m taking a mental health day.  I won’t be on Slack or emails.  I’ll see you all on xyz day” etc.

I have cried.  I have wanted to stamp my feet.  I have had to learn, and unlearn, and relearn.  I have doubted myself so many times and said to my business coach, “maybe I should just be like all of the other corporate psychopath organisational leaders? It seems so much easier!” and she’s said, “it is easier, but you don’t want that workplace”.

And so we [and I] do the long, hard work instead … and the end result of all o’ that? Some of my proudest work, tbh.

What do you do to support your team beyond the workplace?

Or if you’re the employee, what would you like your employers to do to support you within the workplace … or beyond it?

You can connect with me on LinkedIn where I regularly discuss all things organisational leadership, workplace culture, and the building out of good culture via my approach to org. leadership: servant leadership.