Lessons we’ve learned from every hire we’ve ever made. 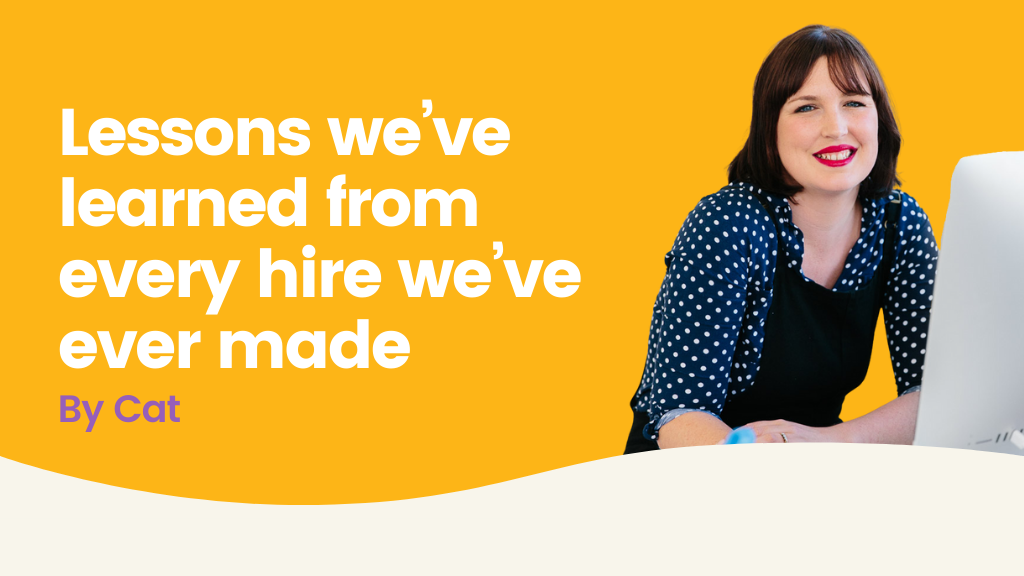 I was TDP’s very first full-time hire, back in January of 2018. I have also [with the exception of a few beloved teamies who snuck in while I was on Maternity Leave] been involved with every one of the 25 [and counting] hires we’ve made since then.

I am happy to say that most on that list are still with us, while some have happily left the nest in pursuit of other things. Admittedly, a tiny percentage just didn’t work out, and their journeys ended earlier than we’d hoped. Regardless of the success of the hire though, I have learned something from every single one of them, and I am going to share a few of these [occasionally hard-won] lessons below. 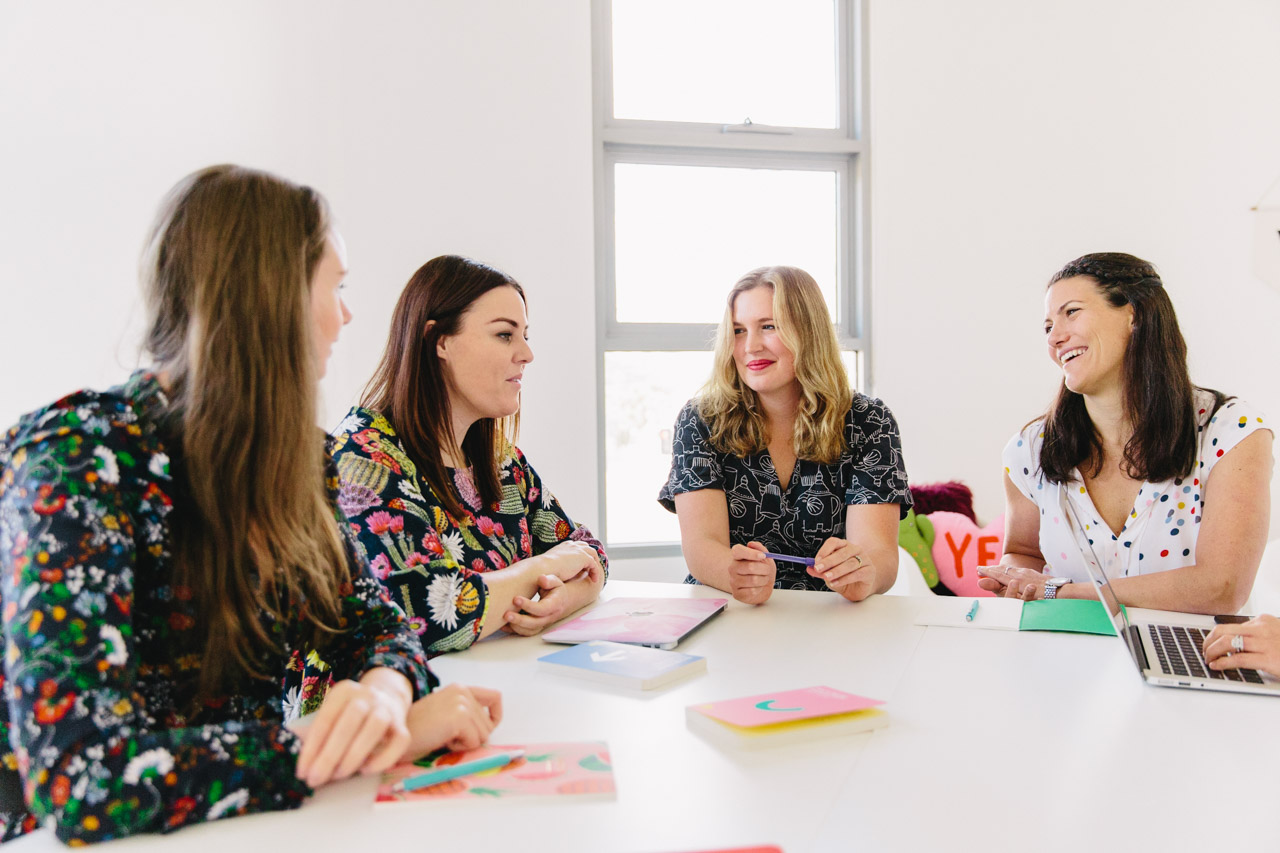 Hire for what can’t be taught

This one is front of mind for me at the moment because it has informed some of my most recent [and very successful] hires. I’ve found myself deciding between two candidates with very different, yet important, strengths. In both recent cases, I was hiring for leadership roles. My choices were both between a candidate with immense technical skills who lacked in less tangible areas like EQ, values alignment and leadership qualities, and one who skewed the other way. In both cases, we went for the latter.

Why? I’ve worked with a lot of technical experts with mind-blowing skills but who lacked the ability to communicate with their staff, to collaborate with their teams or to mentor their direct reports. Don’t get me wrong, technical skills are super important for many jobs, and we do not lack them at TDP. There are also roles where the EQ and leadership side isn’t as important, and there is plenty of room for those who aren’t so strong in these areas, too. My point is, if you’re hiring for a role that must have both to thrive? Go for what is less easily taught, safe in the knowledge that the right person will be willing and able to pick up the rest.

Interviews only tell you so much

As I type this, I have just finished a huge run of interviews. I’m talking days and days of back-to-back interviews with an incredible array of candidates. Each evening I have collapsed onto the couch, totally exhausted by being so on for hours at a time.

When we interview, we do it properly. We ask thoughtful, interesting questions. We focus on values as equally as we focus on employment history and experience. We dig deep, we listen, we take lots of notes and we encourage lots of questions. We often do second or even third interviews, tasks and tests. And with all this, do you think we ever get it wrong? OF COURSE WE DO. Ahem, sorry to yell. But of course we get it wrong. Not often, but we absolutely have and we will again, but it doesn’t wound me when we do, these days.

You can ask every question, set every task, and check every reference, but at the end of the day you’re inviting someone into your workplace based on a couple of hours together, max. This is probably more true for smaller businesses than mammoth organisations, but in my experience, workplaces are complex and often delicate ecosystems, and you don’t know how each element will thrive until they’re all together. While interviews are absolutely essential and often do lead to the right candidate, sometimes they won’t, but you have to take that chance, and be willing to act appropriately if you do get it wrong. Which leads me to…

Let’s just put it out there: nobody [bar maybe total corporate psychopaths] likes firing people. It’s one of the very worst parts of being a manager, in my opinion. I have let a few people go over the course of my career, and I usually have a little cry after [never during – it is NOT the responsibility of the departing employee to take on your emotions!]. Even when both parties know that it’s for the best, it’s such an awful thing to rock the foundations of someone’s life in that way. Knowing you’re potentially causing financial instability or disrupting someone’s career is gut wrenching. But you know what’s worse? Letting down an entire organisation full of people by allowing the wrong hire to remain. A bad hire, especially in a smaller company, is a cultural enemy. Having the emotional agility to recognise when something isn’t working and to make a tough call for the good of the whole organisation is true leadership.

Another less obvious benefit of knowing that you can end it if it’s not the right hire? You take some of the pressure off! When you’re terrified of having to let someone go, you’re much less likely to take a chance on someone, which would make taking my last bit of advice all the harder!

Challenge your idea of what makes a good candidate

This is the last but absolutely not least important lesson I’d like to share. It’s easy to understand why you’d choose to hire the confident, articulate, charming, super experienced, ‘cultural fit’ candidate. It sounds like a no brainer, huh? If they can thrive in the interview setting, imagine what they can do in the workplace! Absolutely. But also… [and this is maybe particularly acute in an agency setting], it’s worth asking yourself what has led to this confidence and ease? How have they been able to do so many internships that they’re coming to a junior position with years of experience? In many cases [absolutely not all] the answer will be privilege.

A quest for a more diverse workplace has made us seriously question our own biases around hiring and has made us rethink our idea of an ‘ideal’ candidate. Please know that we know that we’ve got a long way to go, so this absolutely is not a how-to on being an inclusive workplace. It is, however, a personal reflection and gentle suggestion that when you start to reframe what perfect experience or ‘cultural fit’ looks like, then you’re able to open yourself up to a more diverse range of candidates.

Diversity means many things – of course racial and cultural diversity, but also gender diversity and diversity of thought, personality and background. Sometimes, to achieve these things you have to go outside the industry standards for certain positions, because sometimes, the industry is just not diverse. Sometimes, you’ve got to take a chance. 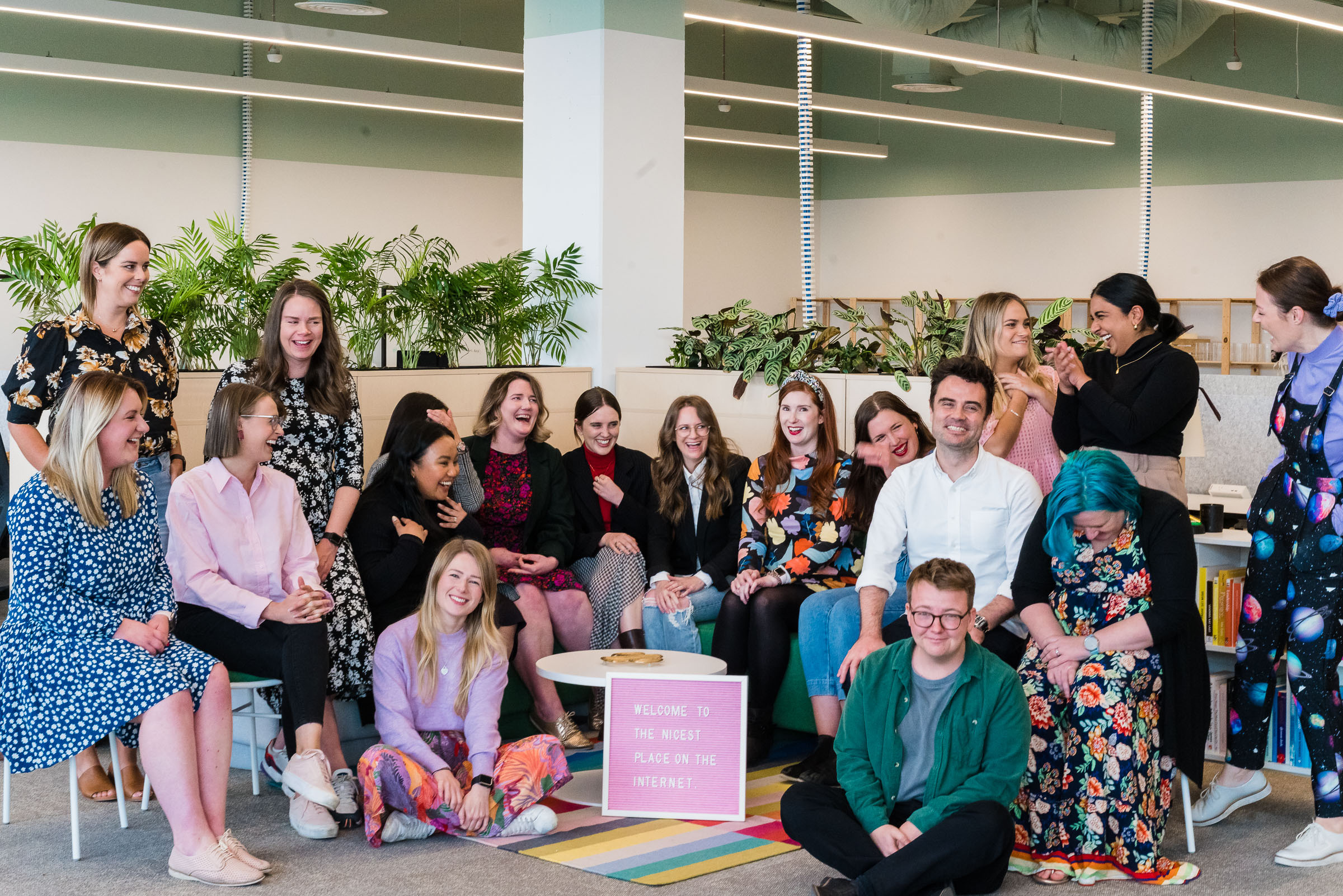 A culture is only as good as its people, and finding the right mix? It can be bloody hard. I’m happy to say that we mostly nail it these days, and as a result we have an incredible team. We wouldn’t be here if we hadn’t let each and every hire teach us a valuable lesson though. So we’d love to know – what’s the best lesson you’ve learned from a hire? Let us know in the comments!